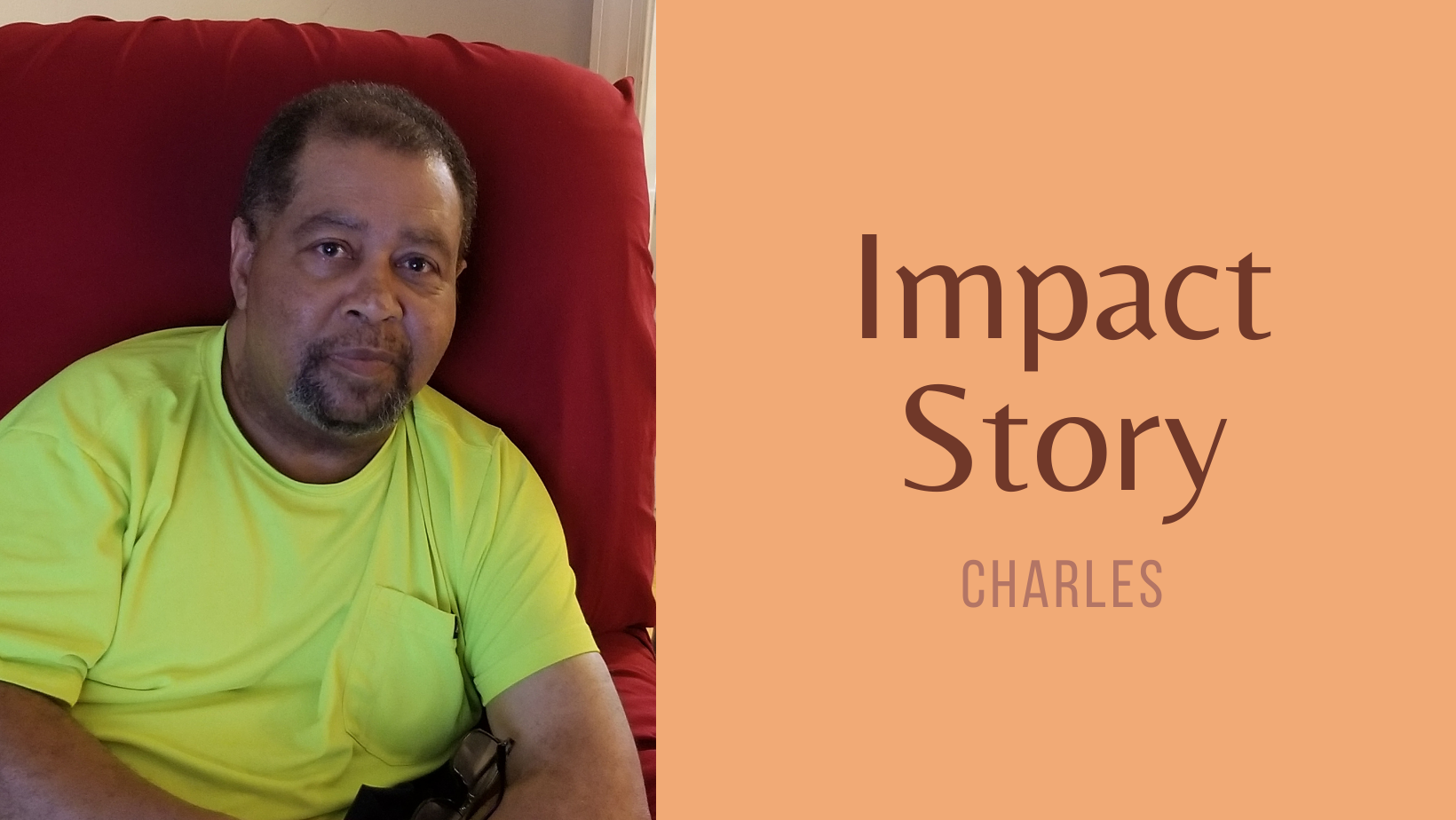 Charles has overcome many obstacles in his life, including an injury in Vietnam, addiction, and the loss of family members. Since they first met, his SCI Supports Planner, Marjorie, has worked hard to ensure Charles received the assistance and services required to make his life as independent as possible.

Marjorie met Charles in 2018 while living in a Skilled Nursing Facility. After working together for a few months, Charles was discharged home on the Community Options waiver (CO). Through the CO waiver, he could get Transition Funds, groceries, home-delivered meals, a personal emergency response system (PERS), and a personal caregiver for 24 hours a week (correct?). Once home, Charles quickly realized he required more hours for the weekly caregiver than were provided. Marjorie revised his Plan of Service to request additional hours to a total of 50, and they were approved. They had no idea they would need to start this process again a year later.

In October 2019, Charles faced another setback. He suffered from knee pain and could not put pressure on his leg. His team of doctors decided that he would receive a right knee replacement. After his surgery, the recovery process did not go well. Charles remained hospitalized for two weeks and went to a Skilled Nursing Facility for recovery. His knee became infected, and he did not regain his strength to return home. His Supports Planner, Marjorie, remained by his side and did all she could to assist him with his goal of returning home. However, as his discharge date approached, doctors determined that Charles needed long-term care. His plans to return home were on hold.

In January 2021, Marjorie was again able to get Charles back home. She helped him get approval for another CO Waiver. Although the COVID-19 pandemic was still present and active, Marjorie worked with the CO Waiver’s providers and the nursing facility to ensure Charles had what he needed for a safe discharge. Marjorie was diligent and did not let the pandemic become an overwhelming obstacle. She remained in contact with everyone involved and eventually was able to, once again, help Charles return home with grocery services, a new recliner through the Transition Funds program, and a caregiver with 56 hours of personal care a week.

Now Charles is finally happy and able to schedule and maintain his doctor’s appointments and televisits. He receives personal care meal prep and wears a personal emergency response system (PERS) monitor for his safety. But most of all, Charles is relieved to be living in his own apartment, where he can thrive with the necessary services, thanks to Marjorie, his SCI Supports Planner.