I proudly served in Vietnam… 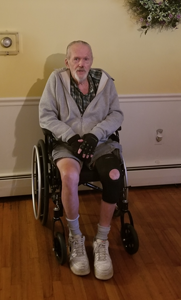 Born in July of ’46 David Richard was of the age in 1966 to be one of 2.2 million young American’s to be drafted into the US Army during the Vietnam era. David was inducted in March of 1966, quickly trained as a soldier, and transported to Vietnam in June of 1967 to engage in combat. David was in the infantry and operated in an artillery unit. David was stationed in locations ranging from 100 miles to 20 miles south of the North Vietnamese border. When not in combat David’s duties included being a driver for the Colonel and the his unit’s clerk. He said he was like the character “Radar” from the popular movie and TV series M.A.S.H. David served in the War until December ’67. David received an honorable discharge from the Army in December of 1967. He attained the rank of E-4.

David grew up near Harrisburg, Pennsylvania. David without formal training had a love and talent for singing. David did not sing in his high school chorus, but became a lead singer for several bands and entertainment groups. One of David’s fondest memories was spending many years entertaining at clubs and resorts in the Pocono Mountains and in Baltimore Maryland. David is one of the many Vietnam Veterans that is struggling with symptoms from the exposure to the herbicide used in Vietnam known as Agent Orange. David’s intake into SCI Veterans services was in February of 2019. He has a person centered plan and has been working on his outcomes and goals and overcoming many barriers.