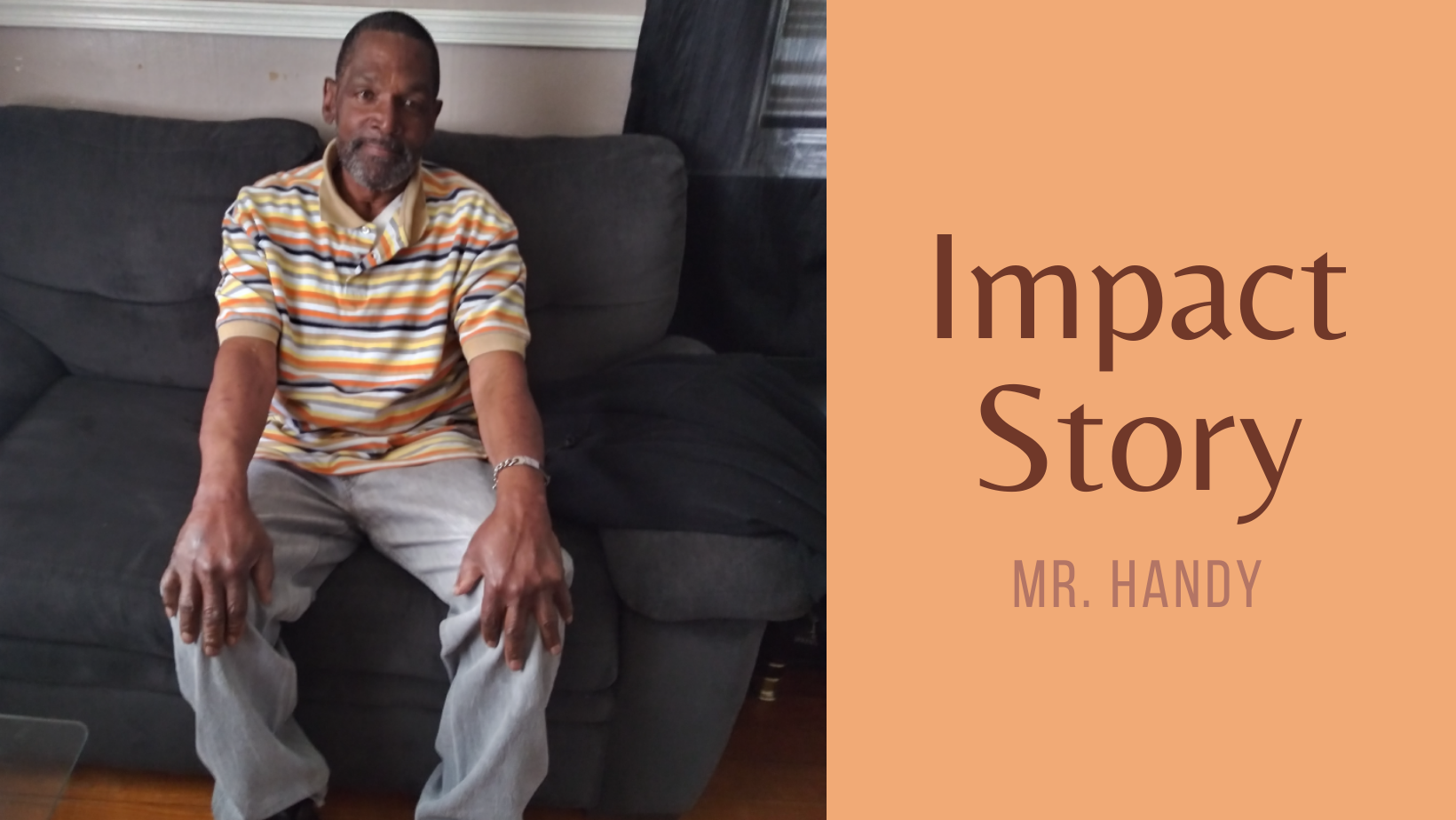 SCI Supports Planner Shernica encountered several dilemma’s when working with Mr. Handy but with her determination and his bubbly personality, they continued to meet each challenge with a solution. Mr. Handy is 67 years old and resides in Baltimore, Maryland, with his daughter and her family.

For years he worked as a sanitation collector with the Baltimore City Department of Public Works until a work-related accident in 1990, left him disabled. Mr. Handy applied for Social Security Benefits to help with supplemental income and was able to live on his own until his health started to deteriorate. After losing his home in 2016, he was forced to live with family members until they were unable to care for him. After attending a rehabilitation center and facilities, he finally settled into an assisted living facility in Baltimore, Maryland. Shortly after settling in, he was faced with a possible eviction due to a violation.

SCI Team Member, Shernica immediately began to help Mr. Handy and together they developed his Plan of Services for a Home and Community-Based waiver. “Mr. Handy and I discussed his living arrangements. He really wanted to continue living in his current assisted living facility,” said Shernica “While I was looking for the agency provider number to complete the Plan of Service, it was clear that the agency did not have the Home and Community-Based Option waiver (CO).” Shernica then spoke to the assisted living facility staff and after a while of going back and forth with the team, she was informed that Mr. Handy and herself could not attend a seminar necessary to obtain the CO waiver due to the statewide COVID-19 closures.

It was back to the drawing board for Shernica and Mr. Handy. “We then started to search for a new placement. We had to complete another CO waiver application as it had expired. While waiting on the approved CO waiver credentials, we faced another dilemma,” Shernica explained. “As a part of the application process, we received a letter requesting bank statements. The only way for Mr. Handy to obtain his bank statements was to log in to his debit account,” Shernica continued. “He would need his username and password to access and print the statements. However, when Mr. Handy came into the assisted living facility, his account was already set up therefore he could not remember his username, password, or the email associated with the account.”

Shernica again worked diligently to resolve the issue and after receiving guidance from her supervisor, she requested a copy of the award letter, bank receipts with current balances, and his monthly payments to his current assisted living facility. “I then responded to the letter via email with an explanation and Mr. Handy was approved to financial eligibility for the Home and Community-Based Options waiver and was able to move into a new facility,” said Shernica.

However soon after moving in, Mr. Handy had to leave the facility due to some conflicts. Mr. Handy then worked with Shernica to move in with his daughter. Shernica revised the Plan of Service with Mr. Handy to support him in his daughter’s home. This plan for community living was approved and included the following to best support Mr. Handy: personal assistance, Home Delivered Meals, Medical Day Care, and nursing monitoring.

Mr. Handy was very thankful for SCI’s Supports Planner Shernica’s continued help! Although they faced many difficulties, Shernica was committed to doing all that she could for Mr. Handy. “I learned that it helps to build a good working relationship to ensure best practices are followed, in the best interests of the people we serve,” said Shernica.